We’ve all heard the horror stories about DBS checks. Delays can mean applicants have to give up their job offer, as the employer just can’t wait any longer for the paperwork to arrive. The DBS Service hits the headlines when delays spiral, but it’s all gone a bit quiet of late. Partly this is due to other political issues which are getting more press coverage. But how are things really going at the DBS service? 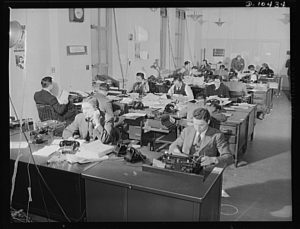 There have been several tweaks to the DBS application process itself, to make the organisation work smarter. The Disclosure and Barring Service was always intended to be somewhat fluid, meaning that processed and procedures are refined over time. For example, during the summer, the DBS announced that they would no longer be chasing up applications which hadn’t been filled in properly. Instead, the applications are now just rejected outright. It’s a good way of freeing up time in the DBS office, but does mean you have to be a lot more careful when completing the application. Most of the previous delays were nothing to do with the DBS however. The bottleneck was always with the police forces around the country which look into their records and report back. So how are they all doing in 2019?

The government produces quarterly figures about how quickly certificates are produced. These are freely available on the government website and you can download the spreadsheets to do as much number crunching as you wish. If you haven’t time for the data, we’ll give your the condensed highlights.

In terms of the quickest DBS checks there are several forces which complete their part of the checking in under 2 days, on average. These are the Police Service of Northern Ireland, the Ministry of Defence Police, Lincolnshire Police and Leicestershire Police. Unfortunately, you can’t pick and choose which police force does your DBS check. It’s all dependent on where you live. Although the system in Scotland and Northern Ireland is different, the police check in the same way.

There are losers as well as winners in the DBS checking competition. It’s hardly surprising that the areas of the country which are slowest, are the largest. Police forces can cover large cities, and millions of people. A large volume of applications can result in jams in the system, especially at peak times of the year. Forces covering Greater Manchester, Kent, Avon and Somerset, North Yorkshire, London and Surrey all take longer than 25 days on average to turn around criminal records checks. The government figures also let you check figures over time. If you look at these more closely, you’ll see that in many cases, the numbers have decreased since this time last year.

The very slowest police force in the UK is the Service, or military Police. They will check their records if someone applying for a DBS has been in the Armed Forces. This is a career which involves a lot of moving around, both nationally and internationally. It’s understandable how this these types of checks take longer.

There’s not much you can do to make the police work more quickly on your DBS check. Where you live determines where you apply for your check and you can’t change that either. Also, there’s no “fast track” option for getting a DBS certificate as there is for applying for something like a passport. There are however some insider tricks that you use to try to maximise your chances of speeding up your application.

Firstly. try to apply for your DBS check online rather than using an old-school pen and paper form. The online form highlights the compulsory fields and won’t let you submit it until everything is complete. Online is quicker too, as it arrives at the DBS as soon as you submit it. Try to get someone to proofread your form before you send it off, to make sure you haven’t missed out any key information or misspelled any names or addresses. Take special care over your address history as this is where most people make mistakes. If you are in any doubt about what to write, or which fields to complete on your form, call the DBS helpline and get advice.