Everyone knows that when you apply for a DBS check, there’s a check into your criminal record. That’s the simple bit. Working out what will be listed on your DBS certificate is altogether more complicated. The decision will depend on how old the convictions are, as well as how old you were at the time. There’s a lot of confusion about driving offences, in terms of what is considered an offence, and what isn’t. And the complication might soon be getting worse, with indications that rising car insurance prices could risk more people committing fraud. 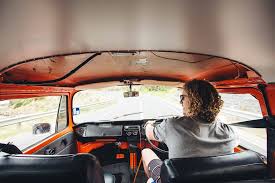 You’re stopped doing 40 mph in a 30 mph zone, get 3 points on your licence and a fixed penalty fine. Is that criminal? What about running a red light, or driving without a licence? Well, it’s not completely straightforward. Usually, anything which is dealt with by a fixed penalty isn’t listed on your DBS certificate. That covers things like parking fines, driving in a bus lane, speeding or not wearing your seatbelt. The police might talk to drivers about their behaviour. However the police don’t arrest drivers and they don’t charge them with a crime. So you don’t need to disclose this sort of thing to your employer. The one exception to this is if you are driving as part of your job. In these situations, employers will ask you to tell them about any points you get on your licence as this can affect your insurance.

Sometimes, the police stop drivers for something which can’t be dealt with on the spot. A good example of this is drink driving. The police make the initial stop, question you and breathalyse you. But there’s no option of a fixed penalty fine. All drink drivers go to trial in court, in front of a judge or magistrate. It’s this factor which means that drink driving crosses the border into a criminal offence. If you’re not sure what’s happening and why, ask the police or consult a solicitor.

A growing issue is fraud around insurance, which could also cross the line into criminal offences. Insurance for young drivers is expensive. Many are tempted to commit fraud when applying for insurance by lying about their vehicle, where it is kept overnight, and whether it has been modified. If you’re caught doing this sort of thing, your insurance could be invalid.

Depending on the circumstances, the police might decide that there’s a case for fraud to answer too. Police are increasingly prosecuting cases of “fronting”. Fronting is a parent or older adult insuring the car under their details, and naming a young person as a named driver. Doing this often greatly reduces the premium. If the insurance company proves that the vehicle is mainly used by the younger driver, they might prosecute for fraud.  Convictions for fraud can make it very hard to get another insurance policy in the future. This sort of criminal conviction could also come back to haunt you in the future, especially when applying for financial services jobs.